The Truth About Sugar, Are We Sweet Enough?

Let's admit it, we all love the odd sugary treat, cake, chocolate and even many of our drinks are concentrated with sugar. But when is a treat a treat? Do you only have them 'occasionally'? This is often where the issue lies, we have something occasionally all the time, I call this 'occasionally syndrome'.

You see it's not our fault, it's a misleading world out there in our food industry, as a nutritionist let me explain a few things to you.

It's a very confusing world out there in the food industry with food companies now mastering their marketing strategies, for instance "energy drinks are increasingly marketed to and consumed by adolescents and teens" or certain high sugar drinks being marketed as green and healthy (8). Please don't be fooled by foods which are marketed as healthy and low fat many of which include children's juice drinks, cereals or  cereal bars, protein bars, smoothie drinks and so on.

When looking at labels please look at

I'll be doing sugar display video blog shortly some of which may shock you so keep posted.

How Much Sugar Is Recommended?

The World Health Organisation (WHO) recommends no more than 10% of for adults your total energy (calorie) intake should be in the form of free sugar.

Or as diabetes Ireland describe "An average adult requires 1,500-2,000 calories per day. If 10% of this was to come from free sugars, this would equal 10-14 teaspoons of sugar per day" (15). This may seem like a lot but again please look at the 'of which sugars', it all adds up quite quickly.

Many people are not aware that sugar is a highly addictive substance. Various studies including one carried out by the department of Psychology of Princeton University found that sugar exhibits behaviours such as "bingeing, withdrawal, craving and cross-sensitization" with bingeing being described as a "re-enforcer" (1). They discuss how such behaviours are "related to neurochemical changes in the brain that also occur with addictive drugs" (1). For example removal of sugar was observed to have "opiate-like withdrawal indicated by signs of anxiety and behavioral depression"(1).

You may be wondering how this is possible?

The study explains how "brain pathways that evolved to respond to natural rewards which are also activated by addictive drugs" and similarly sugar also has an influence on opioid and dopamine receptors as well neurotransmitters, which are responsible to for sending signals to the brain (1).

Sugar Can Have Massive Effects on the Body

At a global level a 2014 report by the World Health Organisation (WHO) found that “obesity has more than doubled since 1980”(2). The WHO also found that 39% of adults were over-weight and 13% were obese, whilst data from 2013 found “42 million children under the age of 5 were overweight or obese” globally (2). This rising epidemic of overweight and obesity has been termed as as “globesity” (7).

You can probably agree that this is a major problem but we also need to accept that obesity is as a result of the food that we consume, with sugar playing a major role.

In fact sugar sweetened beverages are often the single largest source of added sugar in many of our diets, with many people having a misconception that liquid calories 'are not a real food' or that you only have it 'occasionally'. Here we have our 'occasionally syndrome' again.

What about a sugar tax? A risk assessment model carried out in the UK found that a "20% tax on sugar sweetened drinks would lead to a reduction in the prevalence of obesity of 1.3% (around 180 000 people), with the greatest effects predicted occur in young people" (7). Similarly a Health Impact Assessment was carried out in Ireland in 2012 with a proposal for a 10% sugar tax which states that "sugar sweetened drinks are a source of energy intake with little or no other nutrient contribution to the diet" (9). They also state that  the "balance of evidence concerning sugar sweetened drinks consumption and weight gain is very clear (9).

Interestingly this ties in with data from the WHO displaying higher rates of obesity in men (2), is this a coincidence?. The study also estimates that the  current consumption of sugar sweetened beverages could to cause "approximately two million excess events of type 2 diabetes in the USA and 80 000 in the UK over 10 years" (10).

Is it time to curb our sugar habit?

Other Names for Sugar

Dextrose, fructose and glucose are known as your 'simple sugars' (one sugar or monosaccharides) with the only difference being they are metabolised differently, note: dextrose and glucose are very similar so keep an eye on ingredient labels for this.

Your classic 'table sugar' is a combination of simple sugars (50% glucose & 50% fructose), disaccharide (two sugars). High fructose Corn Syrup (HFCS), is a combination of 45% glucose & 55% fructose, be careful of this one though as research has found that it can contribute to significantly more weight gain than your table sugar as well as other health complications, another one to watch out for on labels (11).

How to Curb the Habit?

Not a lot of people are aware of chromium, its' use in carbohydrate metabolism and improving insulin sensitivity. For those who have sugar cravings, blood sugar level imbalances, going through periods of stress, or are simply trying to wean off sugar chromium particularly in its' organic form really does do the job. I recommend the PharmaNord Bio Active Chromium as it's the only organic chromium in Europe (17).

Cinnamon taken in food or supplement form has been proven to significantly reduce blood glucose levels, with one study recommending consuming 1-3g of cinnamon per day particularly for those with type 2 diabetes (18). It's great to have a natural way to control our blood sugar levels.

So for those of you who want a little sweetness in your lives, there are some healthier ways of doing this through the use of natural sweeteners

Although honey is approximately 53% fructose, it is completely natural  and has been shown to have great health benefits when used in moderation in it's raw form. In fact honey has been considered a 'power food' being antibacterial, anti-fungal, anti-inflammatory, immune boosting, wound healing and soothing in for coughs and sore throats to name a few (14). With Manuka Honey (of New Zealand) having particularly unique properties and found graded with a UMF (Unique Manuka Factor), with the higher UMF mark indicating higher purity & quality (15).

Why not try a couple of spoons of Manuka Honey, some Apple Cider Vinegar and warm water first thing in the morning to start of your day.

This classified as a 'sugar alcohol' although it neither a sugar or an alcohol (confusing I know), its' structure gives it a sweet taste. It looks like sugar, tastes like sugar but the great part is it doesn't contain as many calories as sugar and is a natural alternative. It usually comes from birch bark or corn cobs. It's possible to get xylitol granulated just like sugar as well as within other products such as chewing gum (instead of artificial sweeteners, I'll cover a blog on these also so keep posted). In fact xylitol has been shown to be good for your teeth making it a good substitute for sugar  (12).

This is originally a South American plant but is now grown worldwide and is now used as a zero calories table top sweetener usually in the form of "stevia leaf extract" (13).  This is a great healthy alternative to sugar.

I hope this has informed you a little better on the impact of sugar and some alternative means for which to curb our habits and cravings.

I think we can all agree that we're definitely sweet enough. 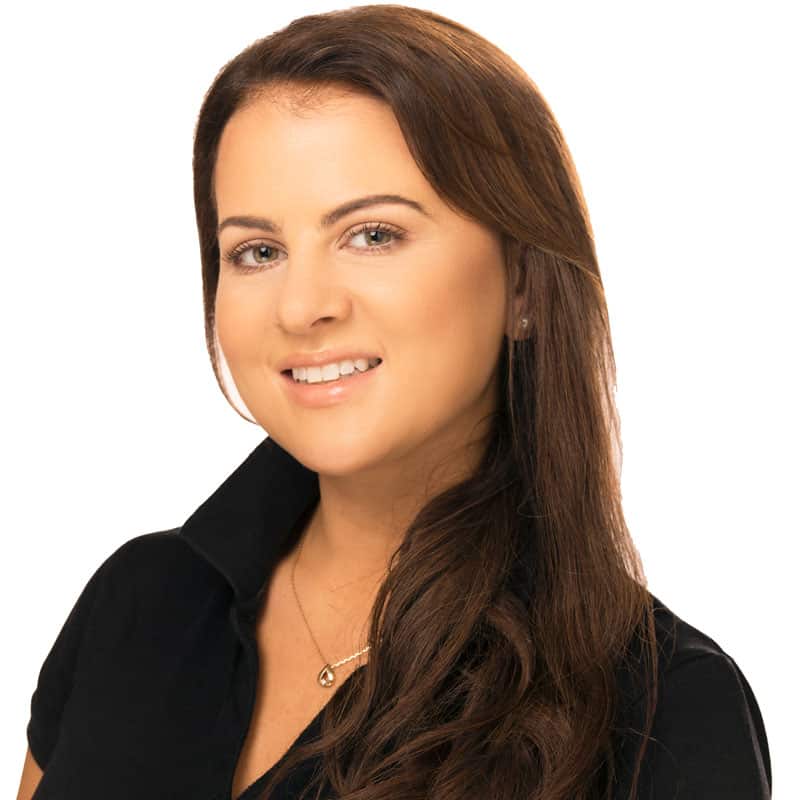 A farmer’s daughter from Tipperary, Laurann has always had an appreciation for food, nutrition and health promotion.

With a passion for nutrition and experience working in Ireland and the UK,  Laurann uses her knowledge and skills to help people achieve optimum health and assists in the prevention and treatment of nutritional related problems through means of nutritional consultation, personalised diet plans, health promotion and education.

Send us a quick message

Manage Cookie Consent
To provide the best experiences, we use technologies like cookies to store and/or access device information. Consenting to these technologies will allow us to process data such as browsing behavior or unique IDs on this site. Not consenting or withdrawing consent, may adversely affect certain features and functions.
Manage options Manage services Manage vendors Read more about these purposes
View preferences
{title} {title} {title}